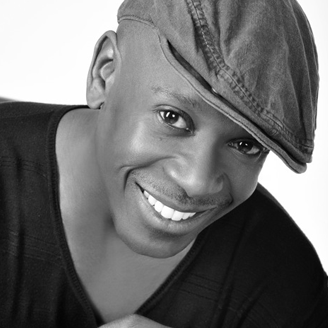 Co-founder of the agency B&B

Bernard, co-founder of the agency B&B Dance Agency, began his dancing career by attending the biggest dance studios in Paris. Formed by teachers with international reputation, he received a French government scholarship.

But Bernard does not stop there and loves collaborating with other artists, so he continues his career dancing in music videos (Daft Punk, Angélique Kidjo , Jean-Jacques Goldman, Joëlle Ursull… ), short movies and movies « Droit dans le mur » (Pierre Richard ), “Les 11 commandements ” ( Michael Youn )….
His desire to create leads him to choreography and coaching. His personal style of mixing jazz dance, Hip Hop and Afro is highly appreciated. He worked for Sinclair, Romain Duris, Lou Doillon, Julie Zenatti, Arthur… and choreographed for ” The Russian dolls ” by Cédric Klapisch, fashion-shows for Nike and L’Oréal, the Tropical Fashion Show for the Paris Fair, Born Designers at Courchevel, concert Kassav’ at Bercy in Paris…
He also participated as choreographer in the musical show «Tismée» and was seen in the Pan-African show ” Africa Star ” ( Season 1 and 2 produced by SCDC ), where he excelled as choreographer, director and jury.

Advertisement cookies are used to provide visitors with relevant ads and marketing campaigns. These cookies track visitors across websites and collect information to provide customized ads.

Analytical cookies are used to understand how visitors interact with the website. These cookies help provide information on metrics the number of visitors, bounce rate, traffic source, etc.

Other uncategorized cookies are those that are being analyzed and have not been classified into a category as yet.

Performance cookies are used to understand and analyze the key performance indexes of the website which helps in delivering a better user experience for the visitors.